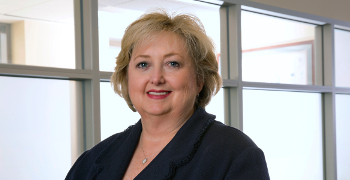 Carol (C.D.) Polumbo is a partner in the Austin office and previously served as the firm’s managing partner from 2013-2021. Carol has over 30 years of experience in public finance.

Additionally, Carol served as bond counsel in connection with the State of Texas’ first transportation private activity bonds issued in connection with long-term public private toll road concession agreements for the North Tarrant Express and LBJ projects in the Dallas/Fort Worth metroplex. The LBJ project was recognized as North American PPP transaction of the year from Infrastructure Investor and North American Project Bond Deal of the Year 2010 by Euromoney Project Finance.

Before joining McCall, Carol worked as the Assistant Chief of the Public Finance Section of the Texas Attorney General’s Office, where she was responsible for reviewing and approving all types of governmental obligations issued in the State as well as serving as counsel for several state agencies responsible for issuing bonds. She began her career in 1985 as an associate attorney with Reynolds, White, Allen & Cook in Houston before working for the Texas Attorney General’s Office.