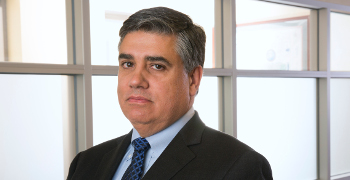 A partner in the Austin office, Gregory Salinas currently focuses on most areas of municipal finance, with an emphasis on traditional municipal finance issues for various political subdivisions in Texas and New Mexico. Greg has acted as bond counsel, underwriters’ counsel and disclosure counsel for various clients, and has also actively participated in the workouts of several bond issues in default.

The University of New Mexico School of Law, J.D.