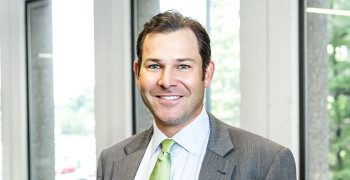 Jeff Gulbas, a partner in the Dallas office, focuses in the public finance area of general governmental entities. He serves as bond counsel and underwriters’ counsel in tax-exempt debt transactions for numerous political subdivisions. Jeff also assists issuers of tax-exempt debt in structuring short-term flexible repurchase agreements. Jeff started his law career with McCall and has been with the firm since 2007.