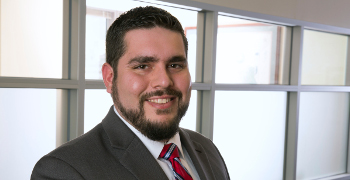 Prior to joining McCall, Jay was an associate attorney at a respected law firm in South Texas that primarily serves as general counsel to various government entities. In this capacity, he assisted school districts, appraisal districts, and other political subdivisions of the State with a wide range of legal issues—ranging from employment law matters to contractual disputes. Four years after becoming a licensed attorney, Jay took a lead role in drafting briefs for submission to the Texas Supreme Court in the matter of Clint Independent School District v. Marquez et al. The case, which involved a suit alleging unconstitutional intra-district funding, was ultimately won.

A native of Laredo, Texas, Jay began his legal career as a prosecutor with the Webb and Zapata County District Attorney’s Office.