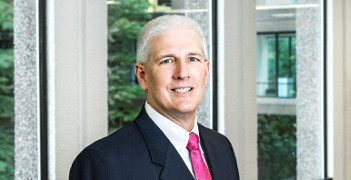 L. E. (Ted) Brizzolara is a partner in the Dallas office. Ted has acted as bond counsel and underwriters’ counsel on over 700 transactions for 501(c)(3) health care providers, senior living providers and users of industrial facilities aggregating over $65 billion in principal amount. Ted has been with the firm since 1982.

The University of Wisconsin, B.A., 1977 (with distinction)